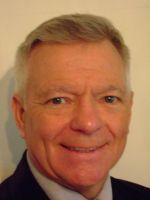 Larry Gorres, son of Earl and Hope Gorres, is the second of six sons and was raised on a farm near Amery, Wisconsin. Larry attended Amery Public Schools and was introduced to wrestling as a freshman in high school. He was coached by Hall of Fame coach, the late Henry Yetter. As a "Yetterman", Larry wrestled varsity all four years, culminating in 1967 with a runner-up finish in the state finals at 127 lbs. Larry also played varsity baseball for four years and varsity football for two years.

Recruited by Hall of Fame charter member and coach George Martin, Larry entered the University of Wisconsin - Madison in the fall of 1967. Freshmen were not allowed to participate on the varsity due to Big Ten rules, so a freshman and open schedule were in order. Larry capped off his freshman year in 1968 at UW-Madison with an AAU title at 137 lbs. Wrestling varsity for the next three years, Larry finished his career by qualifying for the Nationals as a senior. After George Martin's death, Duane Kleven was named head coach for the Badgers and Larry wrestled his senior year under Coach Kleven. In addition to Coach Kleven, the following teammates are also Hall of Fame members: Russ Hellickson, Rick Lawinger, Roger Wendorf, and Ken Heine.

Following the 1971 season, Larry interned as a teacher in the Madison Public School System. At the time, Monona Grove was starting a wrestling program and Larry became an assistant coach for Bill Eccles. The season proved very successful with a state qualifier, Steve Helstead, who placed third in state. After graduation, in January 1972, Larry stayed close to wrestling by coaching and becoming a licensed official. In the fall of 1972, Larry moved to the Fox River Valley and still lives in the Fox River Valley.

In 1975, Larry became a charter member with Marty Marasch, Mike Blasczyk, and Brad Siebers of the Fox Cities Wrestling Officials Association. Larry was selected to officiate his first state tournament in 1988. Since 1988, Larry has officiated twelve WIAA State tournaments (seven individual and five team), eleven WISAA State Tournaments and ten Kids State Tourneys. He was honored to be one of the officials to work the first team state tournament in 1992. Larry has worked all eighteen team sectional finals, 30 individual sectionals and regionals since 1973. He has also officiated all eleven Cheesehead Invitational Tournaments in Kaukauna, Larry and his wife, Jane, his wife of thirty nine years, currently live in Menasha, WI.. The couple has three adult children. Daughter Michelle, her husband Joe, and their children Allison and Ryan live in Menasha, WI. Son Ben, his wife Heather and their daughter Chloe live in East Troy, WI. Son Greg and his wife Sarah live in DeForest, WI. Employed by ARAMARK Uniform Services in Appleton, WI. for the last thirty one years, Larry is currently a route manager.